When it comes to public spaces, many private organizations may also expect that 'public' also applies to them. With several seaside lounges setting up deck chairs on beaches surrounding their premise, often times making it difficult for beach goers to have easy access to the water or a convenient place to sit back and enjoy the beach. 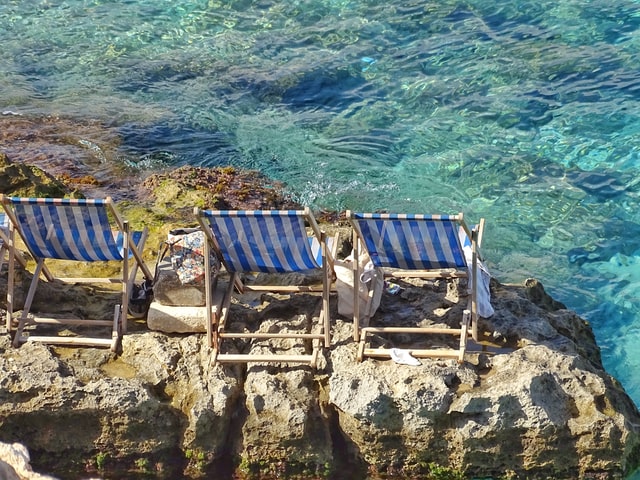 However, the most taxing of these is the case of Comino. The most recent visit by a Times of Malta representative found that even whilst catching the first ferry, the seaside was already occupied by an ocean of deckchairs and umbrellas. As per regulation of deckchair services, which notably in 2021 had not issued any permits, states that deckchairs or beach equipment should be placed on request, allowing a fair choice on whether one would prefer to rent or sit on the sand. The operator of these deckchairs in Comino was also requested by the Times of Malta representative to move an empty deck chair to make room for his belongings and a place to sit, to which he was told that he can rent a chair and move it if he wishes to use the area. This privatization of public spaces is at the sake of the citizen's right to be able to inquire in the services as opposed to having to pay to obtain a relatively safe space to sit and enjoy Comino's natural blue hues.

On the other hand, and side of Comino's Blue lagoon where the current illegal deckchair service is provided, a similar issue had been faced on Santa Marija Bay back in 2017, a Natura 2000 site. However, in this case the bay was available for caterings by the permit holder, who was originally allowed 80 deck chairs to be placed on the bay yet instead provided 40 that are free for the public to use. This strongly contrasts the current situation, as the permit holder provided a luxury to beach goers without degrading the area, as opposed to the Blue Lagoon area.

In response to the current news on the bay, and a heightened reach of people on social media, the post covering the situation in Comino has left many angry and confused as to why the area has been unregulated for so long. Hence, by sharing our opinions and voicing our concerns on the overcrowding of the bays, with seating that remains empty until no other space is available, must be addressed nationally and enforced by the public through appeals to the private operators as well as necessary reinforcers.

Share your thoughts below on how we can retake our public spaces, and possibly restrict private beach equipment operators to specific zones of the bay, as their current actions are selfish and must be controlled for the betterment of our recreational spaces.