Let's bring give back to the Pedestrian

Our relatively small island is ever growing in popularity, with many migrating to and from annually, leading to an increasing need to better plan and structure our network. With this being said, it is also important to not forget that there are many types of travelers other than cars in Malta, so there should be adequate consideration going into how pedestrians and those with mobility impairments can also get around. 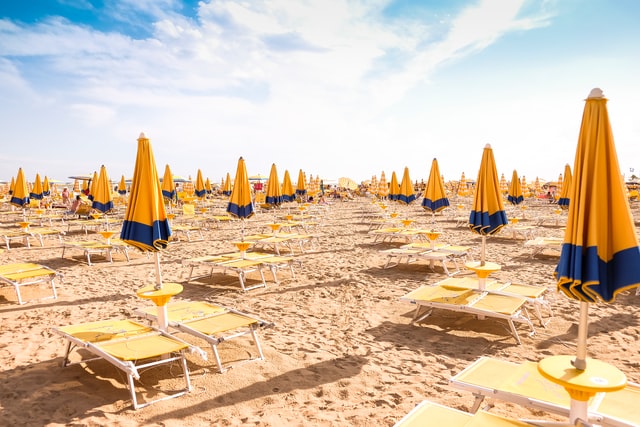 This creates a need to recognize that there may be an issue on who-owns-what when it comes to a pedestrian's right of way. As of late, it seems that business owners in certain areas are biting more than they're legally permitted to when it comes to obstructing the sidewalks. This is a bigger issue as these sidewalks and pavements are usually the only means for pedestrians to walk alongside traffic in a safe manner, but areas such as the Sliema Promenade and St. Paul's Bay have seen an increasing their take-over of public spaces.

In Sliema, a number of cafes and Gabbanas can obtain permits for designated areas around their premises, however notably cafes around Għar id-Dud and the Strand have expanded their footprint. Such actions although possibly irrelevant to the organization may greatly affect pedestrians, as well as posing difficulty to wheelchair users. This also comes with news that a park in Gzira will be reconstructed to fit the needs of a petrol station, further diminishing public spaces for people to simply hang-out. Meanwhile, in the North-East of Malta, many are also reporting beaches and bays being taken up by private organizations, such as the relatively new perched bugibba beach, where deckchairs from a Lido/bar have been taking up the entire perimeter by the water. Further down the road, other beaches are filled with jet-skis and the necessary equipment to handle them, furthermore all without permits on the area.

Such cases aren't new, as the well known Munchies restaurant in Golden Bay was also illegally operated for a long while until authorities offered a different location along with effective regulations to allow the restaurant to relocate within the same bay. At this rate, access to beaches may be completely monetized by private operators, so what can be done?

The public can alter and shift the country's perception, so the primary course would be to share and inform others that such operations that are disruptive and obstructive should not be allowed to act in self-serving manners. As pedestrians, the right to a safe outdoor environment produced by the government through public works is necessary for the quality of life as well as for the safety of the pedestrian. In the case of Sliema's cafe's seating arrangements, there shouldn't be a need to redirect your route and a passage must always be available, therefore even civil conversations with the owners can be appropriate, as not every variable may have been considered from their end.

On a legal note, a concept of 'commonness' is instated for coastal areas, which states that 3 meters width from the sea-line is to be available to the public. A document describing this can be found Here. This however, seems to be lost to time, as various infrastructural additions and establishments are added and growing along the shore. Notably, this is clear to see in Comino, where deckchairs (mostly empty!) are lining and obstructing entry into the waters around the coast. In order to address this among the other issues that have diminished public spaces around and to the access of the sea can also be addressed to Local Councils. For their efforts to better our towns and regions should not be discounted by the actions of private operators.

Have you noticed or been affected by these sudden changes to public spaces? Join our discussion to share your thoughts on how to help regulate and break the cycle of privatization?