Cycling was originally proposed as a recreational hobby, whilst also being something the wealthy could afford. However it quickly caught on over the years as the bicycle became a staple mode of transport for the working class and was used to commute to work and back. 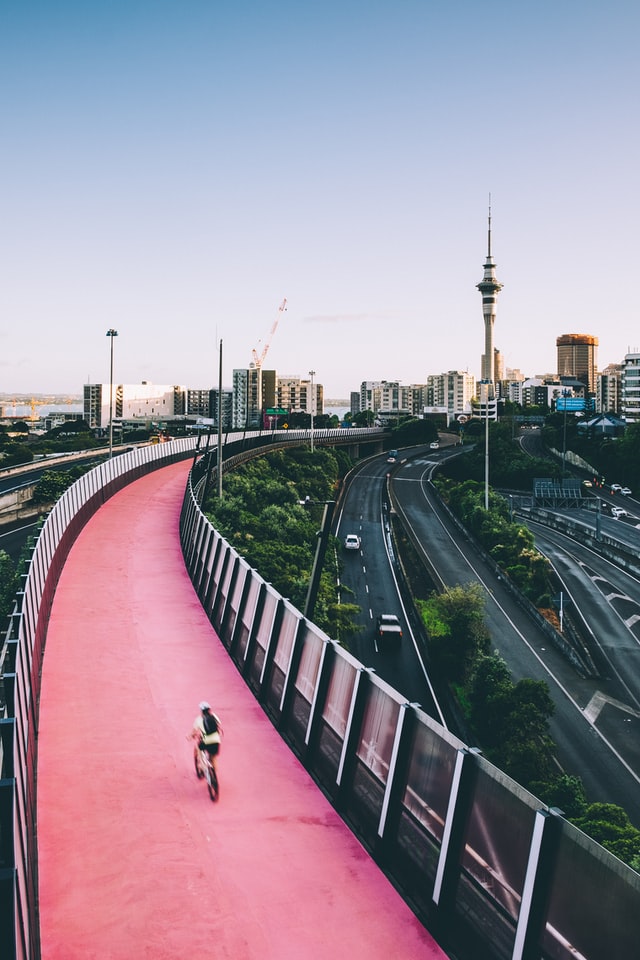 Nowadays, we find ourselves in an urban jungle with various roads, routes and architecture overlapping each other yet designed in a way to work together harmoniously. Therefore, for various modes of transport to work together there should be various strategic plans as well as variables considered such as the stakeholders. In Malta, modern architecture is being applied to compliment our historic towns, and similarly other countries have been adopting bicycle specific architecture in their public spaces, below are two examples where routing and parking was considered for towns, allowing more accessibility for this form of active travel!

The first idea is that in New Zealand where LightPathAKL took a dispensable highway route that was not utilized anymore and created a new cycling route. This pink route covers a ninety degree turn of the Auckland inner city circle network, allowing a short cut route for cyclists whilst at a safe distance from traffic. Such an idea can be applied for certain roads which are no longer used, such as areas in the updated Coast Road where certain outdated asphalt areas can be used and improvised into distanced cycling routes from traffic. The second concept is that of a modern parking in Copenhagen, Denmark in the Karen Blixens Plads Public Space and Cobe which acts as a green public space and a space saving parking area for bicycles! This design includes various aspects of a park which blankets a bicycle parking. More conveniently it is located beside a University allowing it's members a conveniently functional and appealing park. The modularity of this park, as well as its space conscious architecture is surely a topic of interest in Malta, given our island's area, so such ideas applied locally allow for a harmonious lifecycle for all commuters and citizens.

Join our comments section below and let us know if you've been inspired by the ideas of creating more possibility for active travel!