Should Lollipop Officers become a staple around School Zones?

With the scholastic season approaching, children across Malta are anticipating their return to school. A seemingly safe and regulated place for a child to be. However, the roads surrounding and leading to the schools are generally pictured and recalled as cramped, traffic congested with coaches, minivans and parents' vehicles which are rushing to and from the area.

Many of Malta's primary and secondary educational facilities are notably located on relatively narrow streets, which in an attempt to control the traffic volume have accompanying signs that restrict unauthorized vehicle access during students' arrival and leave. Although these measures are in place, the areas surrounding the schools seem more hazardous than ever for those who may approach their schools on foot. 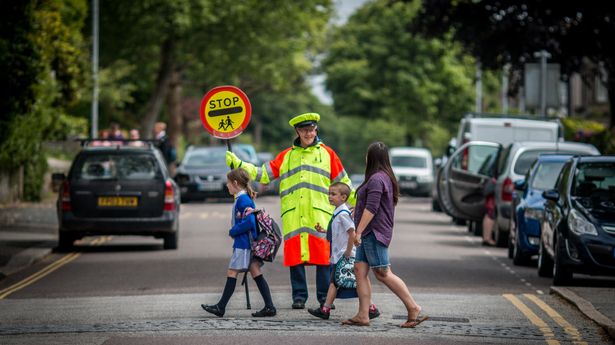 On one hand, fortunately many students are provided with private route buses or minivans designated for their pick up and arrival, while others which may have other means of transport to arrive can be in danger when within the school zone. Such as the incident which occurred last October, when a young boy crossing a Zebra crossing ahead of his parents was hit by an incoming vehicle. The article can be referenced here. Fortunately, the child received only minor injuries and in turn started a movement of parents urging safer school zones with more signs, speed bumps and barriers to limit future accidents.

A suggestion which has been used throughout the UK is that of 'Lollipop Officers', or a 'school crossing patrol' who act as designated law enforcement to control and regulate divers near school zones. These officers act as street patrollers which stop both traffic and pedestrians based on judgement and circumstances and in turn, their prescience alone can administer a sense of awareness for drivers.
Furthermore, the notion of students living within 1km of their schools are encouraged to walk, which is a benefit to many, has been extended to 1.5km given the Covid related suggestion by F. Fabri last September. So, should there be more control within this suggested radius for students to arrive safely?

What's your take on Lollipop officers, and do you think they should be regularly dispatched to assist in school zones? Let us know in the comments below.

I live 2 blocks away from a school and would gladly volunteer to become a lollipop officer. I believe this could fit perfectly with my work agenda, just before starting my office job. In my opinion, the dispatch of school crossing patrol is a quick way to make school zone traffic safe and encourage children to walk to school.