Creativity is limitless when it comes to embellishing our towns

Our islands' unique history and current urbanization have brought a distinctive culture to our country. But the newest embellishments have been aimed for newer buildings and public structures or areas. So by guidance of others, what other features could be utilized for our public spaces?

The Maltese islands are booming with traditions and historic ornaments throughout our towns, which is being complimented with urban touches brought by newer architecture. Nowadays, we can also say that our imaginations are boundless to create and conceptualize newer and more effective ideas for the improvement of public spaces. 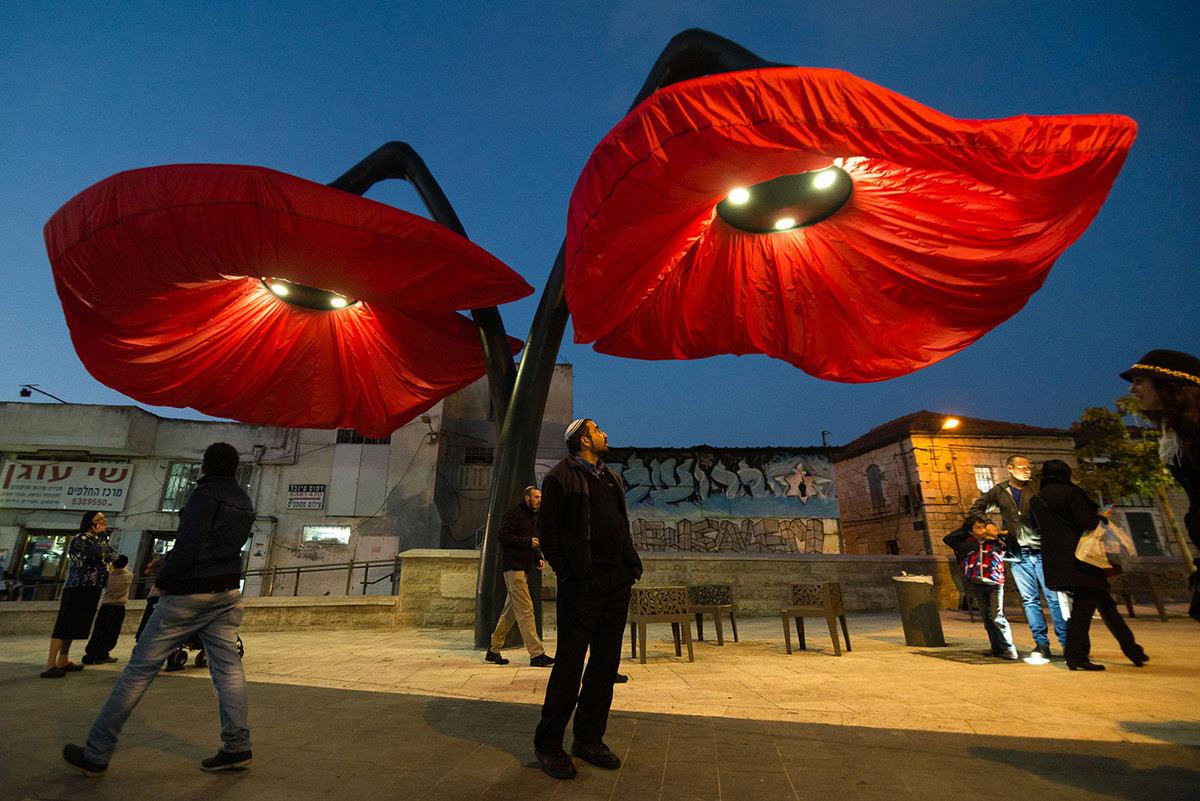 An example of artistic appeal for public areas was the Warde project in Vallero Square, Jerusalem. A previously perishing town square was revived by the works of HQ Architects, who created 9 meter structures in the shape of red flowers. These flowers' perk was their multi-purpose application by pedestrians, as they would open upon sensing pedestrians around it, allowing for shade during the day and lighting up at night time. Another feature was the cool air pressure that would flow once the flower was activated which would serve many during warmer months. You can check out more on the Warde project Here!

This also leads to the related topic of color and it's psychological implications, proving it to be an important attribute when designing public spaces. Just as the Warde project, the bright red flower structures would entice and 'pop' in contrast to the area. The ability to create ambiance and put the viewer in a certain mental state is important for the sake of the public space, allowing a welcoming sensation through color blocking in greyer or 'duller' areas. 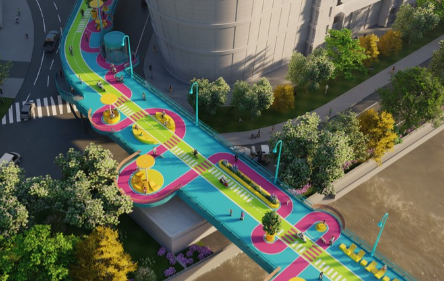 The use of high color and design elements was later proposed by the 100architects group, who redesigned a walkway into an abstract park in Shanghai, China. This project was suggested to allow the walkway to be shared among pedestrians and small vehicles like scooters or bicycles, which was then conceptualized into an elevated park with various tones and 'pockets' for types of recreational activities. Although this project is yet to launched, the implication and colorful attributes which all serve a purpose is an idea which can benefit other architectural structures with their colors, applications and accessibility. Have a look at the walkway's design in the image provided by ArchDaily.

What do you think of adding a touch of color to public spaces? Would that encourage more active travel as well as a better state of mind in similar applications? Let us know in the comments below!