A review of the Pollution: In and Out Seminar! 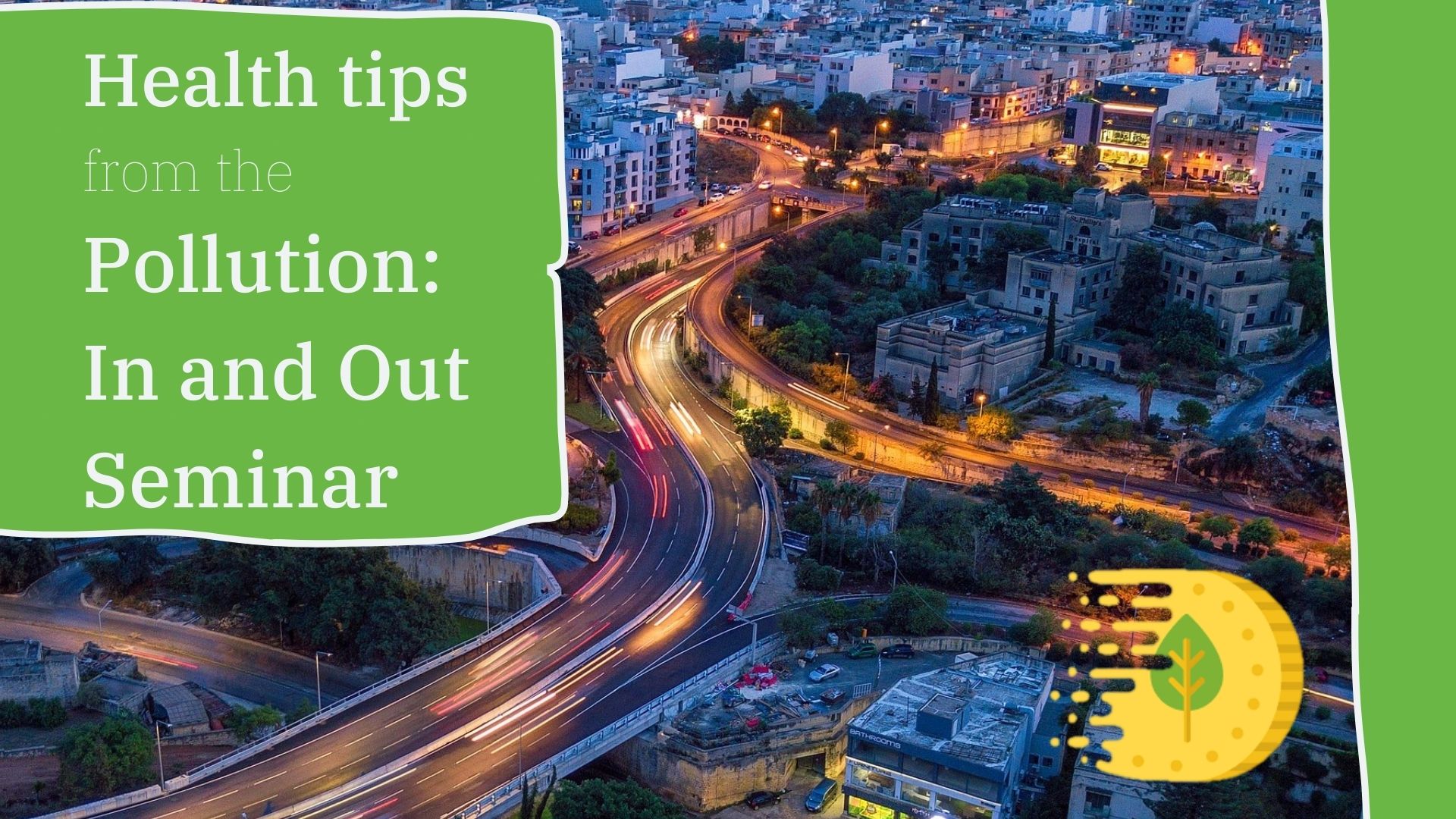 Last week a pollution seminar was held by the Malta Cafe Scientifique in Spazju Kreattiv Valletta. This talk covered various aspects of the dangers of pollutants in all of our environments. This means that the harmful variants of emissions can be found both inside and outside our homes! Here's a look into how you can keep your air clean and safe!

The seminar provided information based on a recently published study at the University of Malta which was conducted in a house in Naxxar and a road network in Msida. These areas are also known for heavy traffic during certain times, such as early morning rush hour and 5-6pm traffic!

The traffic congestion is known to be highly emissive, and with prolonged running of the engine at a stand still, the surrounding buildings would visibly darken and deter. Here the exposure although at high rates is only temporary, given that it's outside and the vehicles disperse with time allowing the area to breathe. By placing ventilation nets within certain areas the major pollutants found outside consisted of various things, majorly consisting from car exhaust elements. Other dusts and sands where found to be in the air due to migrating winds and construction debris.

On the other hand, ventilation nets inside homes showed that the things we use in our day to day life, including gas top stoves and cooking food are harmful to our health if not ventilated properly. There was also evidence of fireworks debris and dust within homes, proving that town feasts that use fireworks for celebrations should be conservatively located away from houses.
Other pollutants which we 'hang' around are the furniture! The problem with these is that they are persistent pollutants due to their flame retardant chemicals which emit chemicals into our area. But something interesting is that the biggest danger to burn inside are 'red-wax' candles as well as incense sticks , which are regularly lit inside homes for a pleasant smell or ambience. These should be limited and used carefully as their smoke contents are quite high for long exposure. However, with regular aeration of one's home during times when outdoor pollution is not high can ease the strain on our health in our busy towns.

In conclusion, being inside with emissions that come from household appliances and fragrances could be the biggest deterrent to our health. Although many elements may be difficult to control, we can aim to ensure